While making our way up to Berlin last week, we passed through Budapest and happened, while searching for our flat, to circle the square on whose periphery is seated the Budapest Museum of Fine Arts. We would have noticed the Museum, an imposing structure, under any circumstances. But, in this case we were particularly interested since it advertised an exhibit, Caravaggio to Canaletto, with whose themes and personalities we are specially attracted. 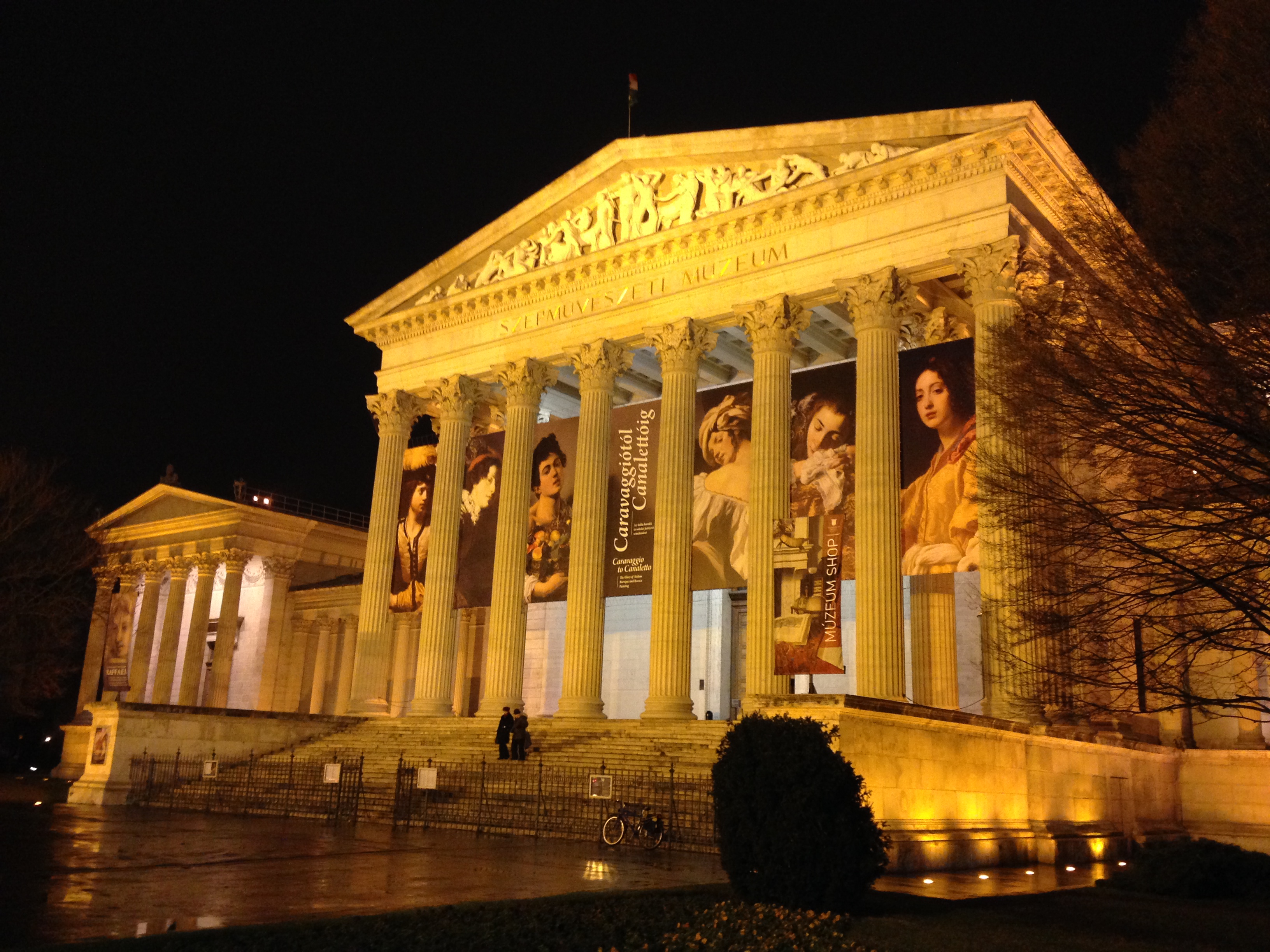 Although artistically I found myself specially taken — again, still — with Caravaggio, for purely historical and incidental reasons I also found myself transfixed by the story behind Giovanni Battista’s “Santiago Matamoros,” Saint James the Moor Slayer. 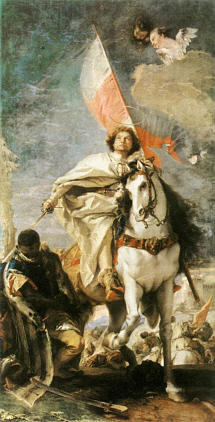 The story is that during the Battle of Clavijo, where the Spanish Christians defeated the Spanish Muslims, Saint James appeared on a horse, with a sword. The Muslim soldiers were so terrified by the figure that they lost heart. And behind the Saint’s leadership the Christians slaughtered more than 5,000 Moors. Remarkably, we are to believe that the Saint, whose bones are reputed to rest in Galacia, rallied to the war cry of believers and helped them defeat their religious enemies.
In contemporary Budapest, the story seems almost quaint. And, yet, as we tumble backwards into the Austro-Hungarian and Hapsburg past, the contest between Moors and Christians, Muslims and Roman Catholics, appears in a different light.
In 1521, Suleyman the Magnificent was provoked into attacking the Kingdom of Hungary. He ended up capturing Belgrade. The Battle of Mohács looms large in Eastern European lore. The Ottomans ruled in the region for over 150 years, from 1541 to 1699. But the mythology extends both forward and backward several centuries. Already in the eleventh century, according to the statuary in Saint Stephens, Budapest, the Roman Catholic religion spread in Hungary only at the expense of its pagan and Muslim occupants. Indeed, wherever Roman Catholicism thrust down roots, the Church’s and the State’s own iconography lead us to believe that it did so only with the spilling of significant Moorish blood.
As an historian, I am delighted to find these relics scattered across my vacation route. And, yet, I find it disturbing how little they have been subjected to the historicizing hand of my profession. That is because these statues and these images still inspire the faithful, and because, were they adequately historicized, they would lose some of their inherent power to inspire.
There is, however, another, seemingly separate set of relics in Budapest. These relics call our attention to Hungary’s troubled history from the 1930s through 1989, when Hungary shed its Stalinist past. Although Hungary did not officially join the German-Italian Axis until 1940, she had tilted increasingly toward fascism throughout the 1930s, not without significant support from Hungary’s Roman Catholic population. Following the war, Hungary’s political leadership and iconography then flipped in nearly the opposite direction. Her churches and their icons suffered under neglect. In other words, under an ideology that purported to be “historical” the historical character and meaning of the monuments under its care held absolutely no interest to the communist regime; even worse, they were replaced by a new set of Stalinist era icons and statuary whose meaning and aim — to reinforce political power — were nearly identical.
One might therefore think that with the passing of Stalinism, the caretakers of these relics and icons might finally wish to offer Hungarians an historically embedded narrative of the treasures under their care. How are we to historically understand the conflicts between Muslims and Christians, and between Christians and Jews? How are we to make sense of the rows upon rows of saints carrying swords, standing victorious over slain Muslims? 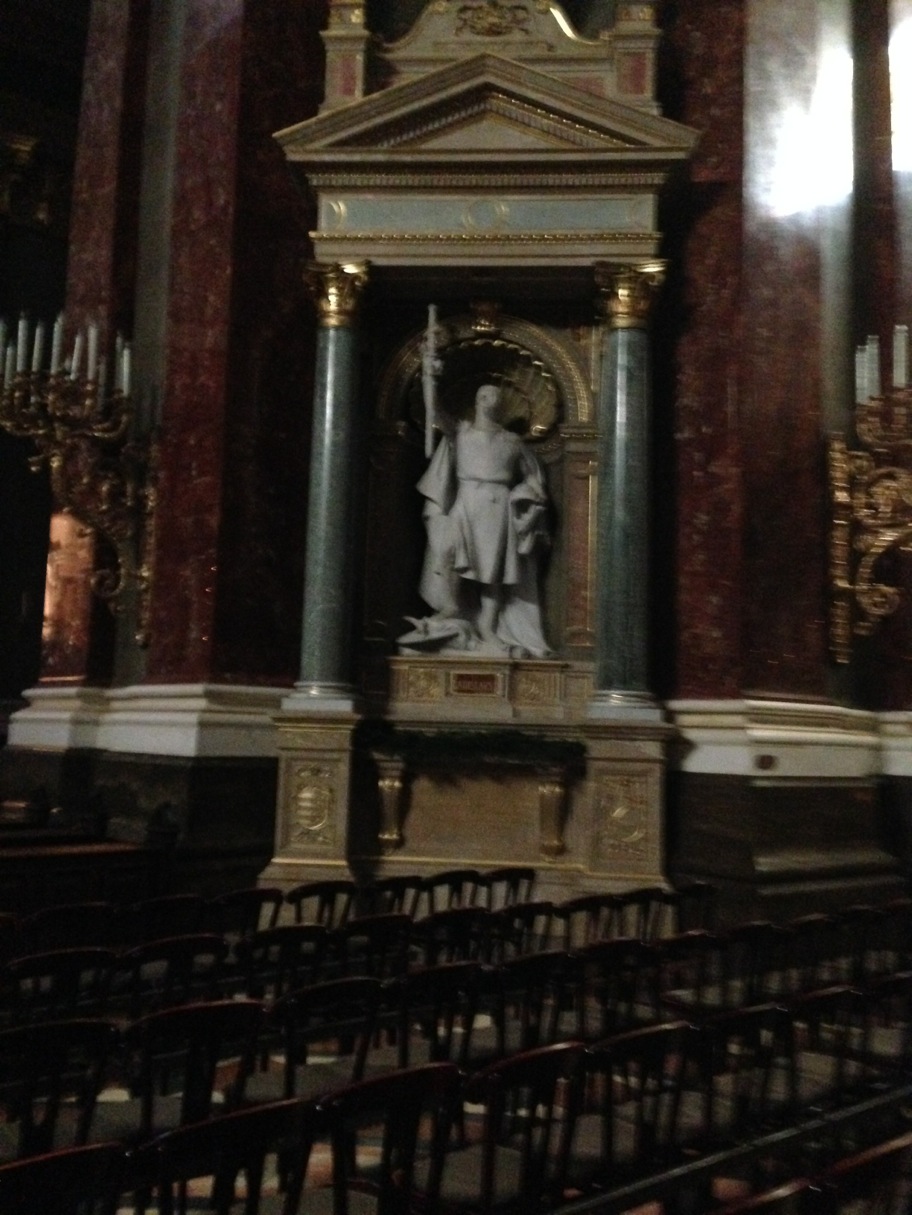 And, yet, where we might expect an explanation or historical account, the statue or icon is permitted to stand for itself.
In a different age or a different time I might not be so concerned about such uninterpreted, self-interpreting, symbolism. In an age that openly invites Christians to view Muslims and Muslims to view Christians as timeless enemies, however, such uninterpreted symbols of religious and political violence cannot be held entirely innocent. Here, historians have a special responsibility to offer narratives that embed such objects in their original landscapes, but that also identify how and why such landscapes were always contingent, fluid, and open to other possibilities. The proprietors too have a responsibility, the Churches, religious orders and state authorities to distance themselves from the violence, hostility, and antagonism portrayed in these images; for such public displays cannot be permitted to serve the function of sanctioning divisions we can no longer afford to tolerate.
Tomorrow I will return to Bosnia and Herzegovina, where such symbols cannot be held entirely innocent, where ethnic groups under the cover of religion deliberately repeated the carnage of Clavijo explicitly in retaliation for Mohaćs. Unless we want such massacres to repeat ad infinitum until the end of ages, we have an obligation to clearly tell the stories surrounding these events, not in language or in forms that provoke these events anew, but that place them, as they belong, in the past.