The boys received their report cards this week. Perfect marks. All fives. Was I surprised? Not exactly. Was I happy? Not exactly.
Look. I know that it is difficult to study in a foreign language. I also know that Averil and Yates probably devoted more time to their homework than almost any of their classmates. (I know that at least one of their classmates, the son of a friend of hours, is a terribly good student; works hard, studies hard.) But I also know that fives are almost never ever given to students in Bosnia and Herzegovina. I distribute them very parsimoniously at the University. And so does my host, Damir Arsenijevic. So what gives?
Without taking anything away from the hard work of my boys or their teachers, I have met with the boys’ teachers. I think I know what happened. Here’s what happened.
Several of the boys’ teachers do not speak English. Some feel guilty. Some are angry that this “disturbance” was thrown their way. “Why didn’t they go to the international school?” Some forbid other students translate during class. Understandable. Not only because of their pride, but also because it would be a genuine disturbance.
Was there pressure from the School Director? Was there pressure from the Embassy? I don’t know. I really don’t.
What I do know is that at my own institution payments are made, transactions take place; professors, department heads, rectors, and even Education Ministers “appear” completely without or with “questionable” qualifications and without any review by their peers.
As many of you know, last week I was preoccupied with teaching at the Medresa Skola, the Islamic school in Tuzla. I taught at the Medresa because that is where the State Department has decided to invest its capital. And I think it is important for the State Department to build strong relationships with Islamic institutions. But here is the problem. In the genocidal wars the coursed through the former Yugoslavia twenty years ago, the perpetrators of genocide differentiated among Islamic, Catholic, and Orthodox Yugoslavians, “naturalizing” distinctions that, in effect, validated the genocidal acts they were prepared to perform. Since 1995, the vast majority of Bosnians and Herzegovinians attend public schools that serve all ethnic communities. However these communities are under attack from small, but militant minorities in each of the ethnic communities. It would therefore make sense for the State Department to offer support to these “mixed” public schools. Instead, for reasons that have more to do with its image-problem among Muslims worldwide (see Iraq, Israel, etc.) than with realities in Bosnia and Herzegovina, the State Department has decided to build ties to ethnically defined Madrasas, schools that are already the best-funded and best-staffed of all schools in Bosnia and Herzegovina. Nevertheless, when I met with the teachers at these schools last week nearly all admitted that they worked in terror of being laid off and that, for this reason alone they would not dare consider taking any action that did not meet with the approval of politically-tied administrators. 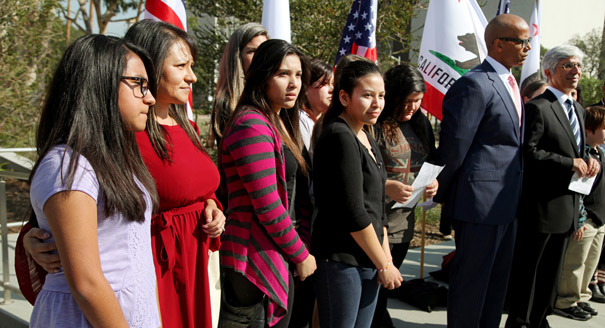 But, surprisingly, their main topic of conversation with me was the recent court decision in California overturning High School tenure rules. In their view, the court’s ruling shows that California public school teachers are subject to exactly the same political pressures as teachers in Bosnia and Herzegovina. And they have a point. Where instructors do not enjoy independence from parents and administrators, they will be less inclined to teach or submit evaluations that conflict with the beliefs or wishes of these groups. Knowledge becomes subject to power, which, as everyone knows, is a poor instructor.
So, while I am pleased by my sons’ perfect marks, I am terribly disturbed by the politicized educational system that produced them. And, given the recent court decision in California, I have little confidence that this will change when we return to Berkeley in August.